THE SECRET TO SPECIALITY DECAF 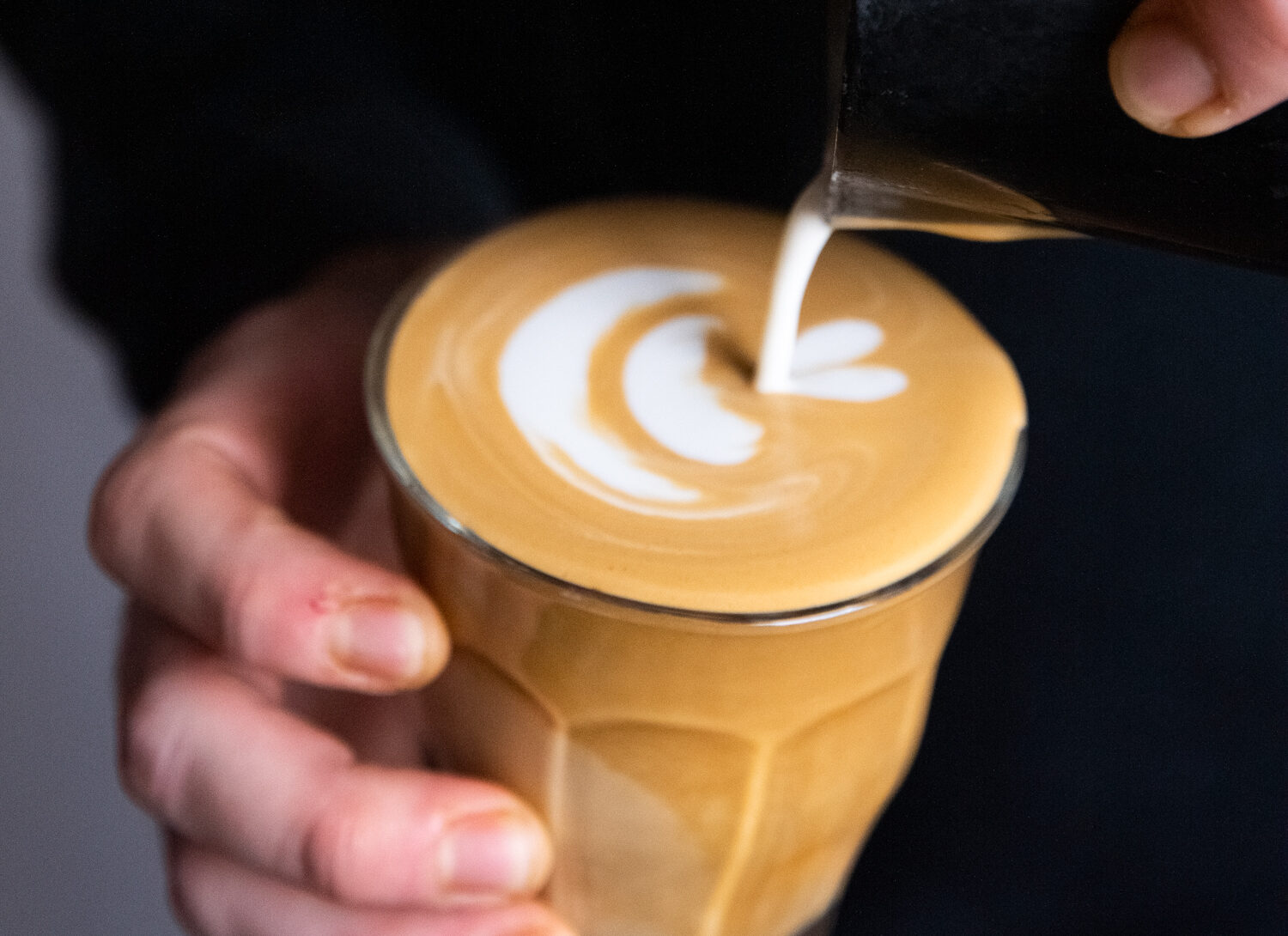 If you're trying to avoid the shakes or that post caffeine crash there's never been a better time to reach for the decaf. Though for some, this is a necessity due to caffeine intolerances, there is also a growing trend among Millennials and Gen Zs opting for decaf as a health and wellness choice.

We’re now able to source some top quality decaf coffees with the same level of traceability and flavour complexity as our regular coffees. But a lot goes into making a good decaf coffee and it all starts with processing. Here’s what to look out for. 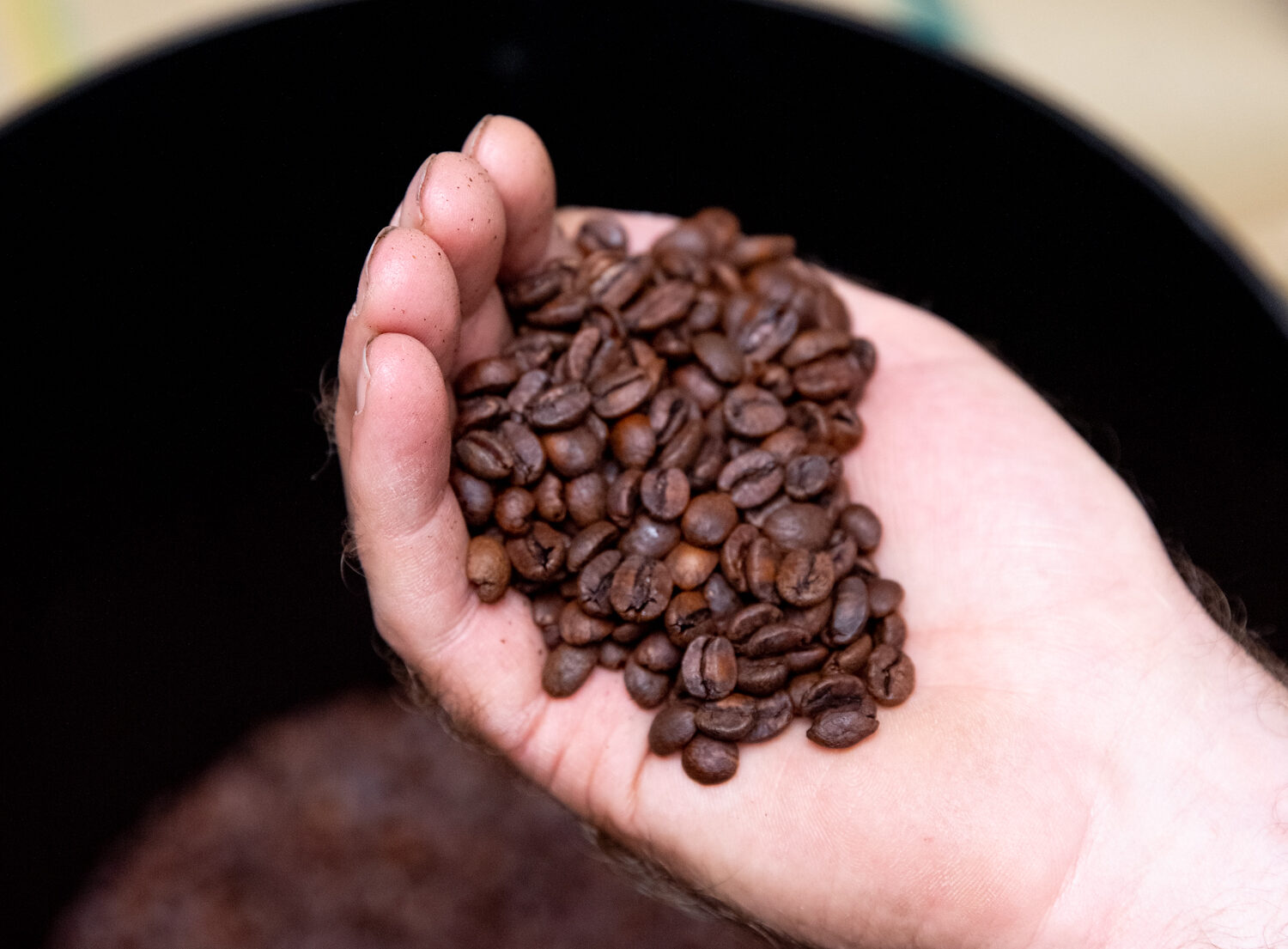 Direct Solvent Methods involve green coffee beans being soaked then immersed in a solvent. This solvent attaches itself to the caffeine, which is then recaptured in an evaporator, separating it from the green beans which are then washed and dried ready for roasting.

Probably the most widely-used method of chemical solvent decaffeination to remove caffeine from coffee is Methylene Chloride, MC or dichloromethane. Although it has been used for many years and it is limited to 10 parts per million it is not the safest substance, and has been banned in paint thinners and other industrial products for its toxicity.

Another chemical solvent method is Ethyl Acetate, or acetylated ethyl alcohol. Although it can be naturally derived from fruit or cane sugar and is sometimes described as a natural process, on a commercial scale, synthetic production is required. However, when used to decaffeinate, Ethyl Acetate changes the flavour of the coffee, adding a lingering fruity characteristic. All we want from a decaf process is to remove the caffeine not to add any flavour.

Carbon dioxide (or CO2) occurs naturally of course, but for commercial use is generally distilled from an industrial by-product. As a decaffeination medium, CO2 is used under pressure to improve its extractive properties. The CO2 circulates through moist green coffee beans attaching to the caffeine before evaporating or passing through carbon filters. The CO2 process does not use chemical solvents but can leave a bigger carbon footprint than the Swiss Water Process. 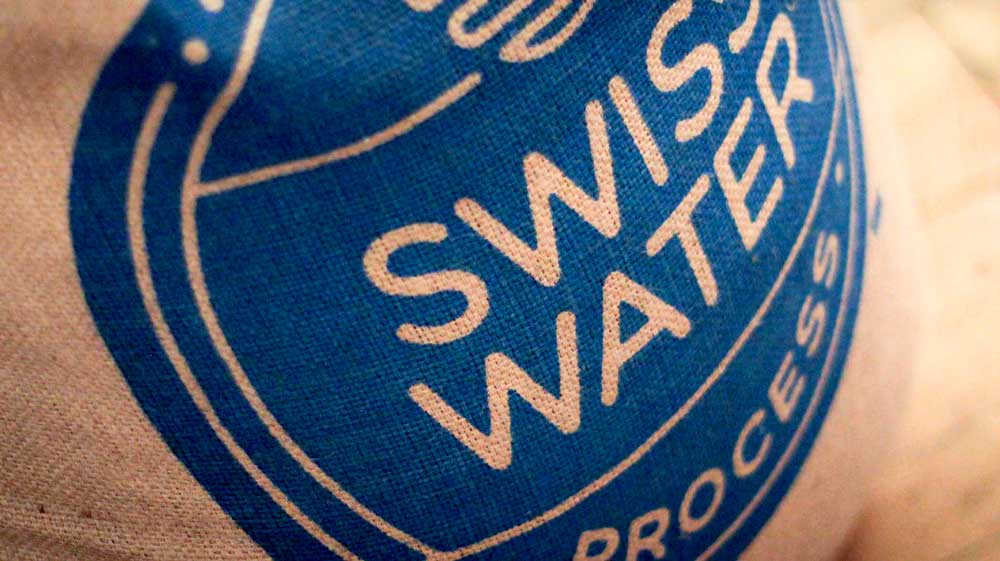 The beans are essentially soaked in water until all the flavour compounds have leached out. This leaves behind a pile of inert beans and some super-flavoured green-bean coffee-water including the caffeine. This caffeine can then be filtered out using charcoal filters. The beans are then re-introduced to the super-flavoured green-bean coffee-water where they absorb all those good chemical flavour compounds back on board but without the caffeine.

For the roaster, roasting decaf coffee is a special treat. All the fugitive volatile aromatics that are released into our olefactory environment are escaping at a faster rate than regular coffee beans, giving off an incredible aroma. Because of the nature of decaf processing, the one-and-a-half-thousand potential flavour compounds in coffee have already been unlocked at a molecular level then reassembled, making them more fugitive than ever. This has a number of effects;

Green decaf beans start off almost brown. When roasting, this means they go even darker than usual but don’t worry, it won’t taste as dark as it looks. You probably won’t get that bright, fruity flavour profile, but even a darker looking deaf can taste nutty and chocolatey without that roasty taste. 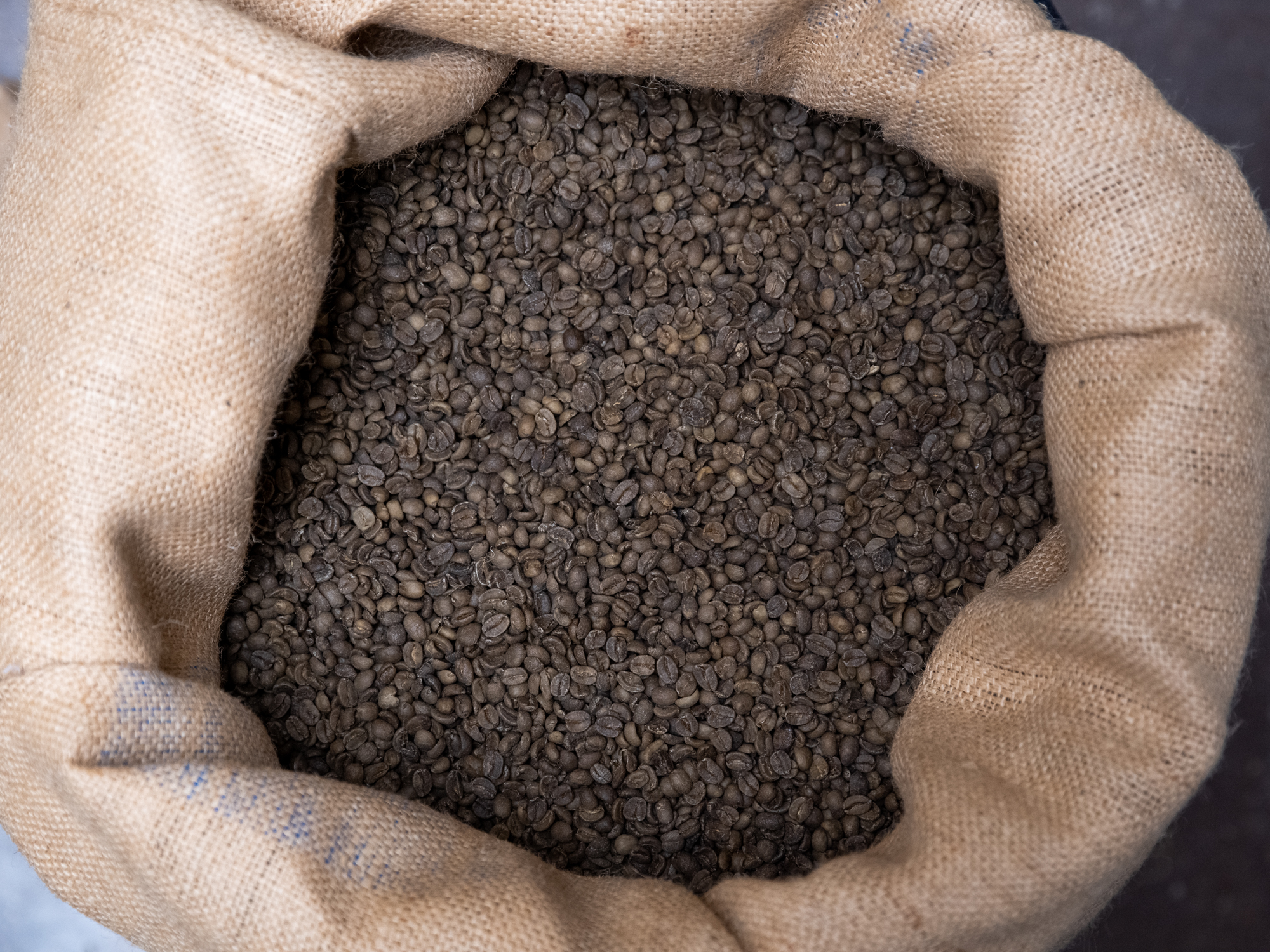 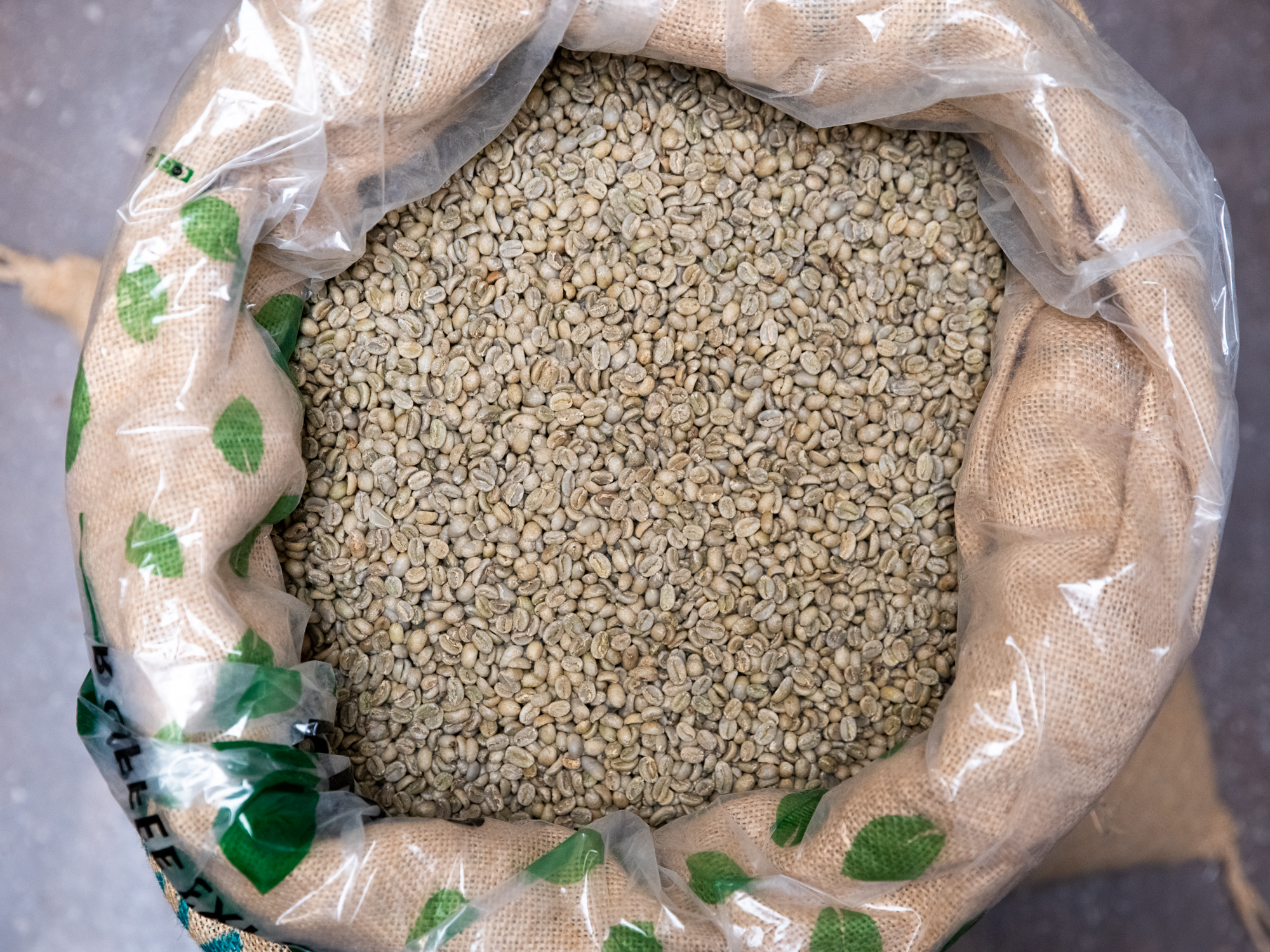 No matter how airtight the packaging, all decafs will have a shorter shelf-life. For this reason we roast all our decafs in small batches. Little and often, ensuring you will still have plenty of flavour notes to enjoy in your brew.

When preparing espresso, decaf coffee extracts a lot faster than regular coffee. Less time is needed to extract good flavour from a decafs so you can aim or an extraction time of between 15 - 20 seconds for a good espresso.

The resulting espresso from decaf coffee is also different. The crema has a finer, darker microfoam and the body is generally a bit thinner. This takes that extra bit of practice to get good latte art in decaf, so when your decaf flat white arrives with a tulip on top you know you’re in a good spot! 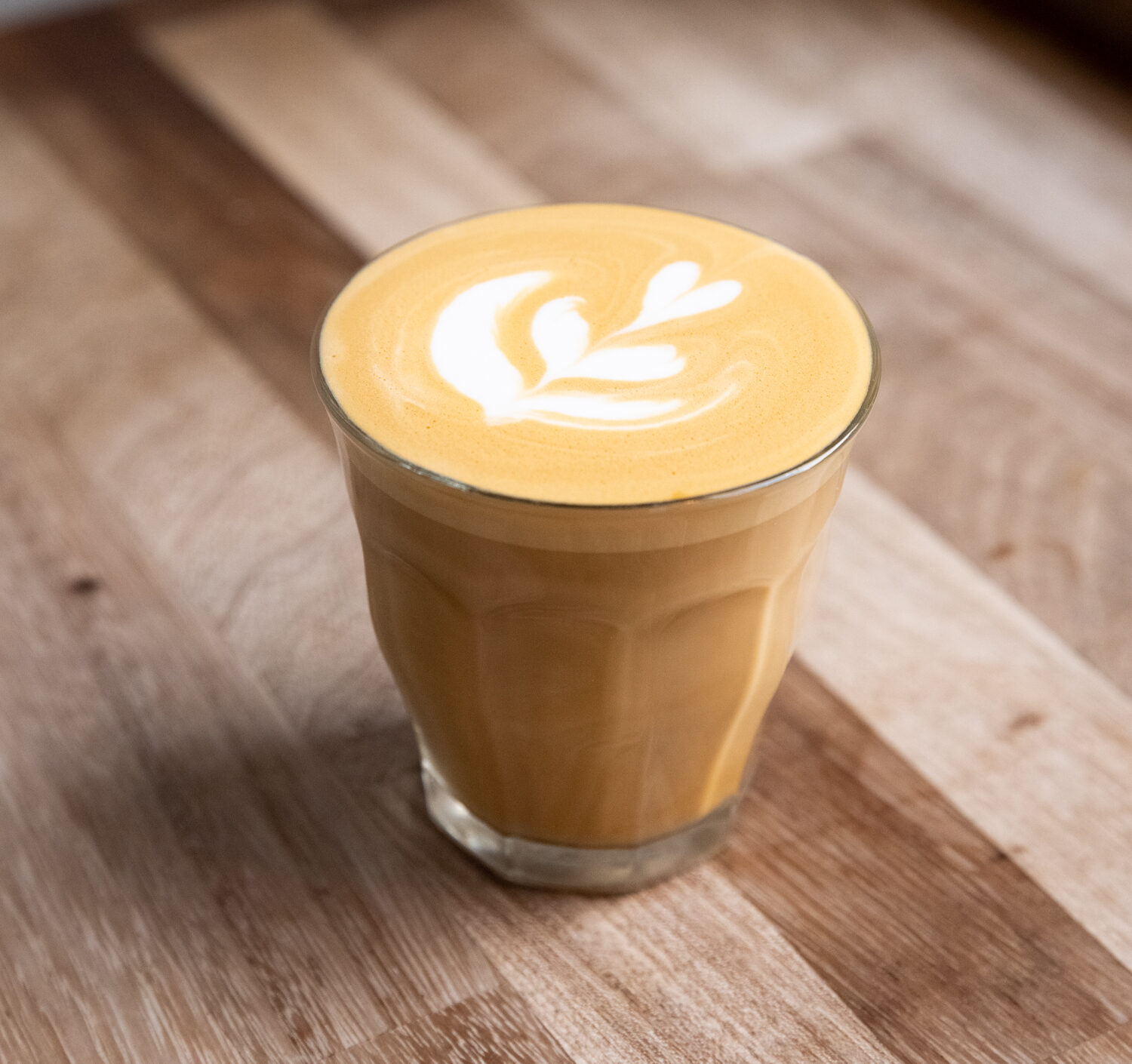 Usually, for those of you that are choosing the decaf option, it is probably because you are more discerning about what passes your lips and more concerned about what enters your body. It is for these reasons that we only stock organic, chemical-free, naturally processed decaf coffees. Which is why for many years now we have only sourced our decaf beans from the Swiss Water Process Decaffeinated Coffee Company. Read on to discover how this process works so well to deliver the freshest possible taste.

This season's Swiss Water Process de-caf Guatemala is from the Todosantarita(All Saints) Co-operative in Huehuetenango, high up in the far North West of the country. The Co-op now encompasses 131 members, each with an average farm size of a quite generous 2.13 hectares. With plenty of space for other species both wild and shade-planted for better bio-diversity. This works out at around 60,000 plants grown in total. The usual varieties are present such as: Caturra, Typica, and Bourbon with a small amount of Marsellesa. This is far more traceability than you would expect to find with your run-of-the-mill decaf.

The local indigenous Mam culture, still well represented in this community, practices traditional coffee production. Some producers use the lunar cycle to analyse the best time to prune the coffee plant. In Western culture we call this approach ‘biodynamic’ and it would gain an extra certification on the bag or bottle (and extra caché and added value!) To the Mam this working in harmony with Nature just comes naturally. Planting of seedlings, pruning and stumping coincide with the lunar cycle when water lies at the base of the tree to better aid recovery and growth.

Atkinsons Black Travel Tumbler
Thermal / Black Branded / Travel Flask
£35.00
Newsletter Get 10% off your first order by signing up to our newsletter.