The Atkinsons Irish Coffee
With Saint Patrick's day fast approaching it would be remiss of us not to celebrate that classic coffee cocktail, the Irish Coffee. The addition of spirits to coffee dates back to the 19th Century but it wasn't until the 1950s that Irish coffee began to make its mark. Legend has it that the first Irish Coffee was whipped up by young Irish Chef, Joe Sheridan in 1942 at the then airbase restaurant, Foynes near Limerick.

At the time, the airbase was widely used as a stop off for flights refuelling between Europe and America and so was often frequented by many VIP's, Hollywood stars and Politicians. One night, after hitting bad weather a few hours after take-off, the pilot decided to turn back to Foynes where, upon arrival, the restaurant began preparing the finest Irish food and drink they had to offer for the weary travellers. It was then that Joe Sheridan came up with the warming, soothing combo of rich coffee, Irish whiskey, sugar topped off with whipped cream. When asked by the passengers if the coffee was Brazilian Joe replied "No, that's Irish coffee". The drink later came into fruition when it was adopted by the Buena Vista Cafe in San Francisco in the early 1950s which today claims to sell over 2000 Irish coffees a day. 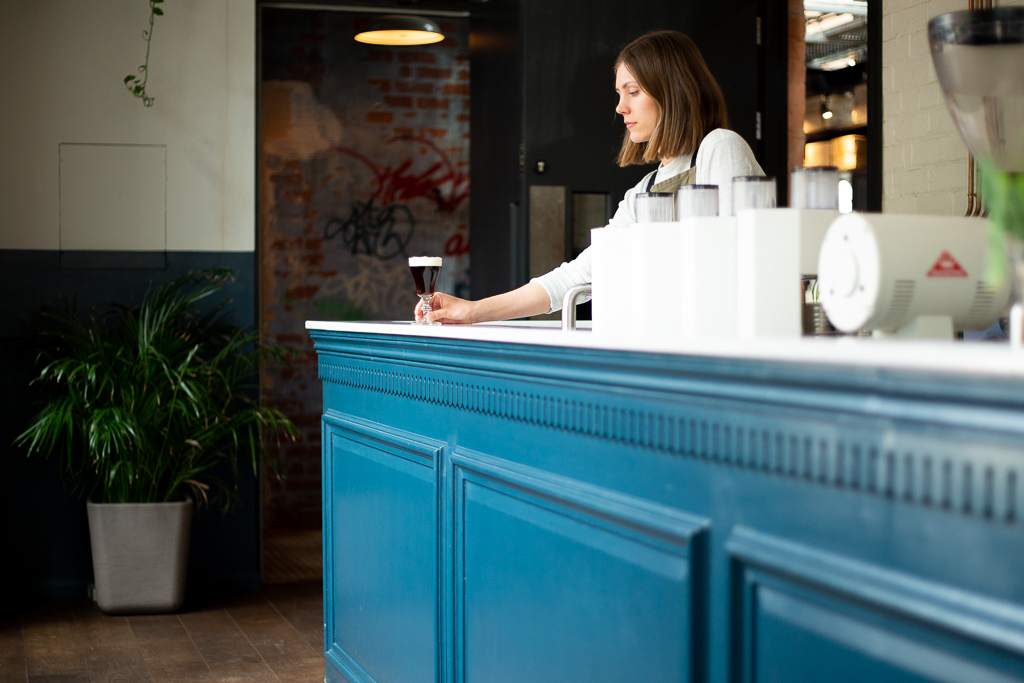 So good is the combination that in the speciality coffee world the Irish coffee is still the one compulsory drink of three that baristas must master in the World Coffee in Good Spirits competition held each year, putting their own stamp on the classic recipe.

Since opening our café in Manchester, Atkinsons Mackie Mayor, cocktails have begun to play a big part in our offering due to our late openings times (coinciding with amazing food offering in the main hall). Unsurprisingly, the Irish coffee is one of the cocktails we have had the pleasure of getting to know quite well. After playing around with various ratios, coffees, brew recipes and even sugars we’re currently settled on a recipe which features our house espresso and Mackie favourite, Brazil São Francisco. If you’re interested in having a go at this at home, here’s our current Irish coffee recipe; 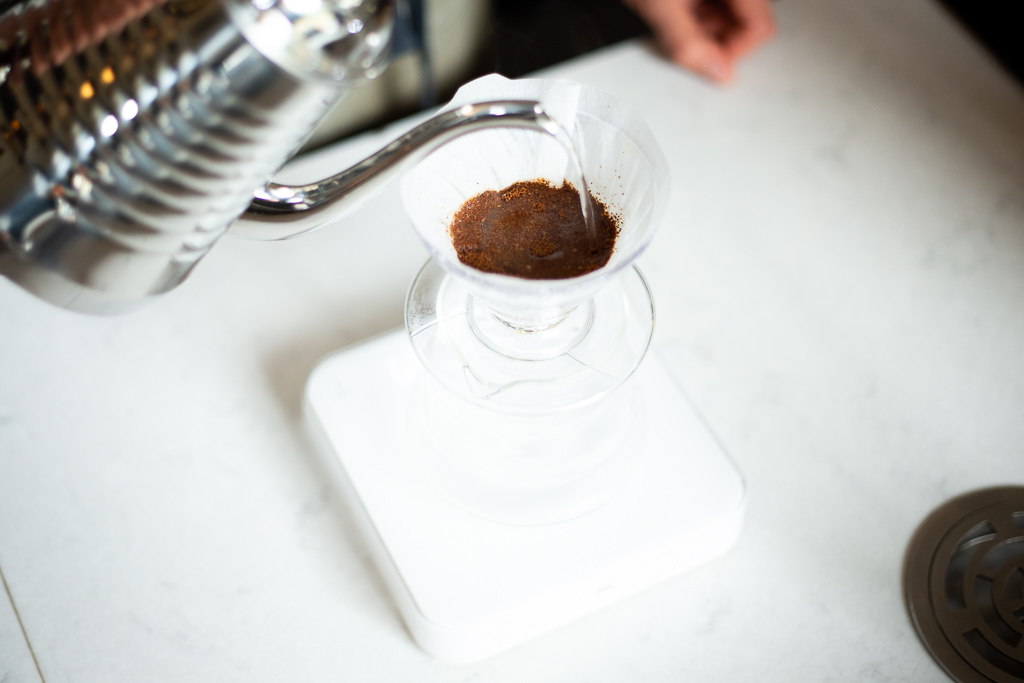 2) Brew a batch of Sao Francisco to around double normal strength. For this we will brew a V60 using 18g coffee (ground slightly finer than normal) 150ml water for 2.30mins with a 30 second bloom.

3) Make a batch of sugar syrup using a ratio of 1:1 Muscovado sugar to hot water by stirring in sugar with boiling water until dissolved.

5) Stir in brewed coffee leaving 1cm at the top of the glass for cream.

6) Slowly pour double cream over the back of a spoon, close to the surface of the coffee to the top of the glass. (If you have ice and a cocktail shaker you can shake your cream with ice to get it extra cold and light)

7) Put on your favourite Pogues track and enjoy! 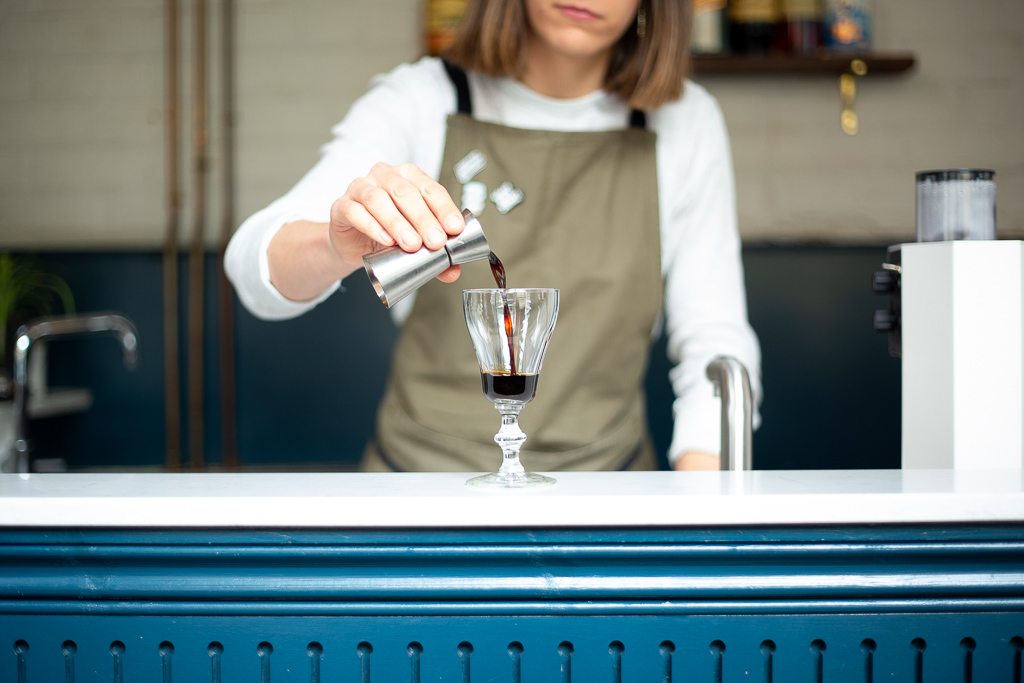 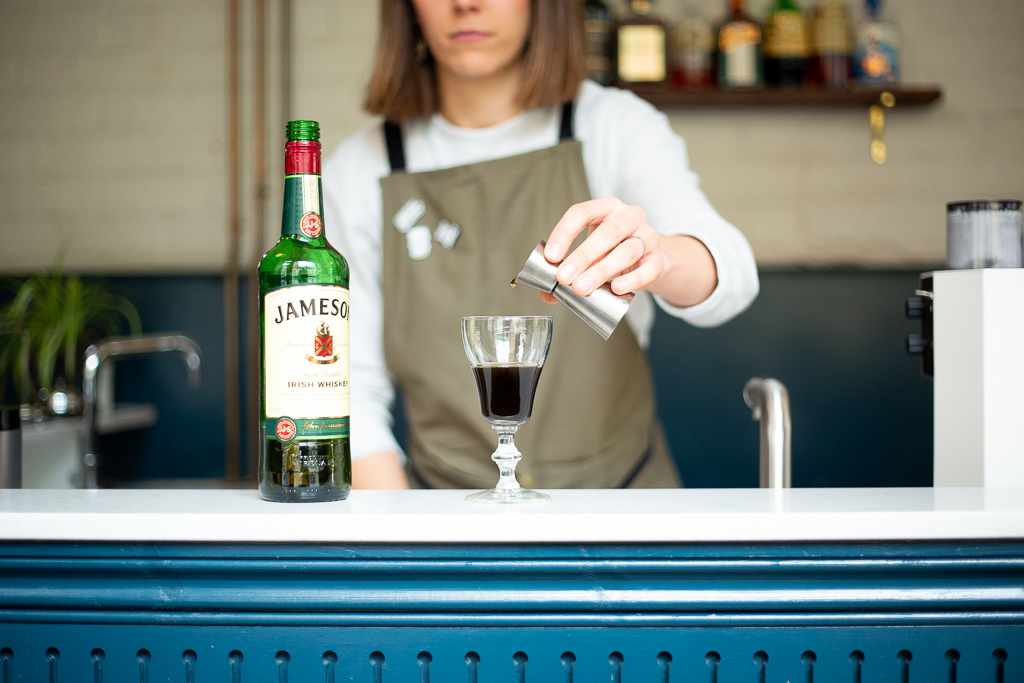 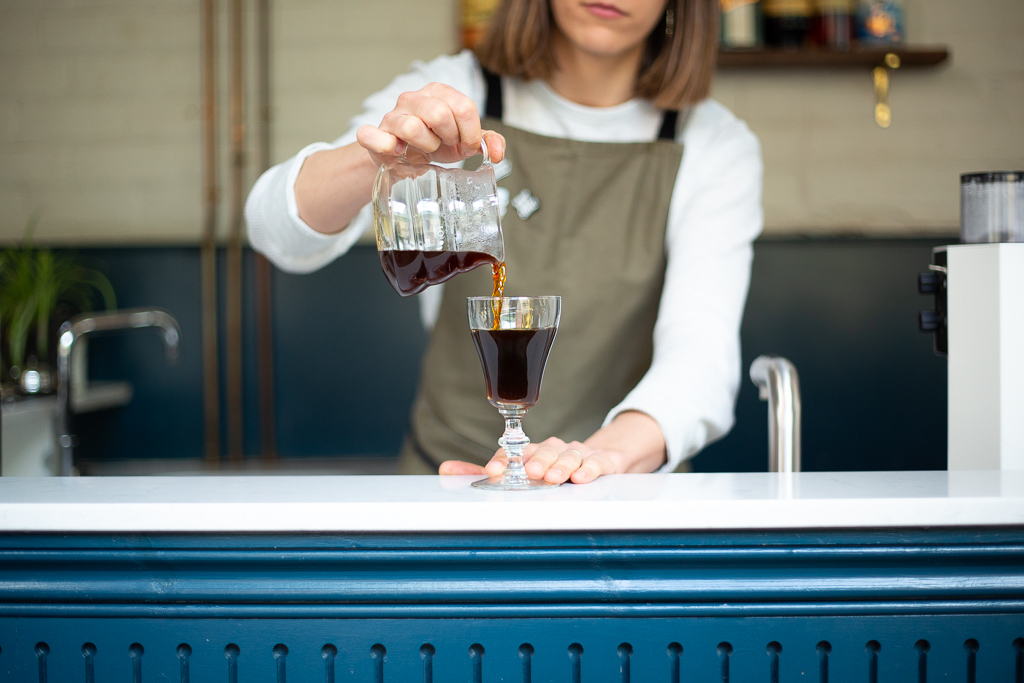 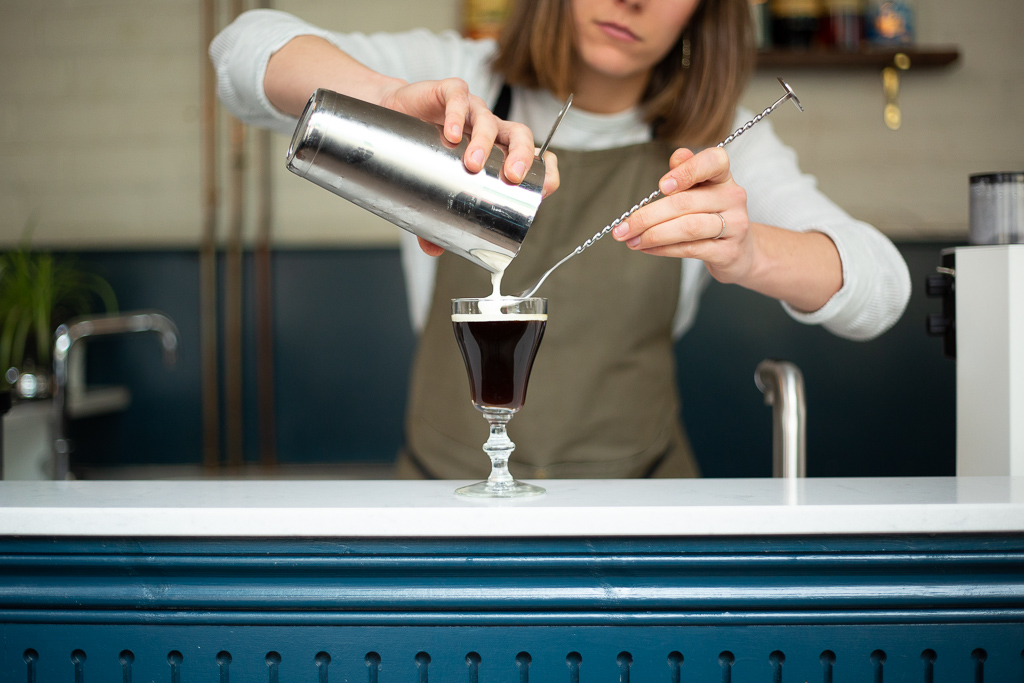 Hario Filters
1 Cup / Filter Papers
£5.00
Newsletter Get 10% off your first order by signing up to our newsletter.